The Meaning of Red in Heraldry

In heraldry, the color red (also known as gules) is often associated with bravery, strength, and valor. It is also said to represent boldness, ferocity, and martial prowess

The History of Red in Heraldry

The use of red in heraldry dates back to the early Middle Ages, when it was one of the main colors used in coats of arms. Red was often associated with the nobility and the warrior class, as it symbolized their bravery and strength in battle.

Over time, the use of red in heraldry became more widespread and could be found on the coats of arms of individuals from various social classes. It continued to be associated with bravery and strength, but also came to symbolize other qualities such as boldness and ferocity.

The Symbolism of Red in Heraldry

As mentioned earlier, red is often associated with bravery, strength, and valor in heraldry. It is also said to represent boldness, ferocity, and martial prowess.

In some cases, red is also used to symbolize passion and love. This is particularly relevant in coats of arms that feature hearts or other symbols of love and affection.

The Use of Red in Heraldic Elements

In heraldry, the color red can be used in a variety of ways, including on the field of a coat of arms, on charges (symbols placed on the field), and as part of the tincture (the system of colors and patterns used in heraldry).

The field is the background of a coat of arms, and it can be a single solid color or divided into multiple sections with different colors or patterns. A red field is often used to symbolize the bravery, strength, and valor of the person or group represented by the coat of arms.

Charges are symbols placed on the field of a coat of arms, and they can be a wide variety of shapes and forms. Red charges are often used to represent the same qualities as a red field, as well as to add additional symbolism based on the specific charge used. For example, a red lion might symbolize courage and strength, while a red rose might symbolize passion and love.

In conclusion, the color red has a rich history and symbolism in heraldry. It is often associated with bravery, strength, and valor, as well as boldness, ferocity, and martial prowess. It can be used in a variety of ways in heraldry, including on the field of a coat of arms, as charges, and as part of the tincture system. Whether used alone or in combination with other colors, red is an important element of heraldry that adds depth and meaning to the designs it appears in.

Are you looking for a biblical motto for your coat of arms? We have put together 30 mottos from the Old and the New Testament

Only a few things can display the values of a family as well as the motto of a family crest. Here are our 50 favorites

Welcome to our list of 99 mottos for family crests! These mottos are all in Latin and have been translated into English for your convenience.

With CoaMaker PRO you have more elements to choose from, can save templates and upload symbols. 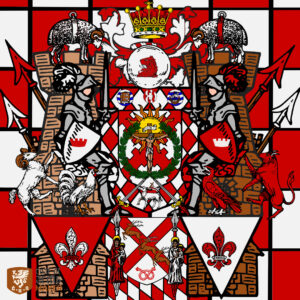 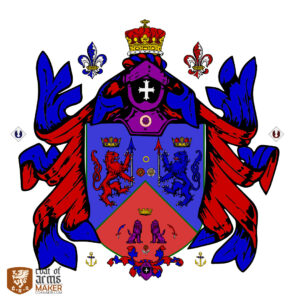 The Great Seal of The Amperi 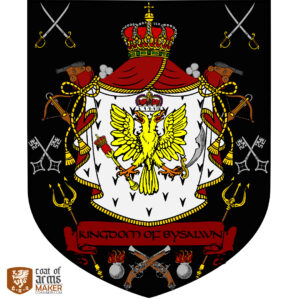 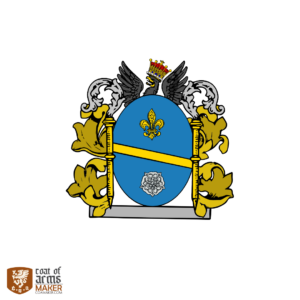 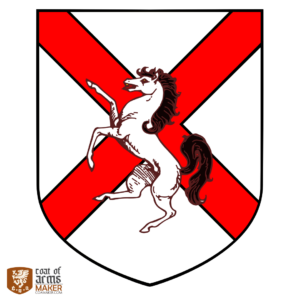 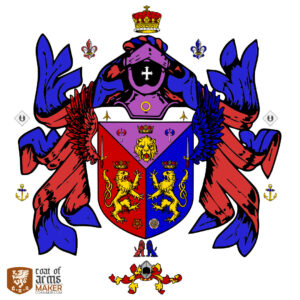 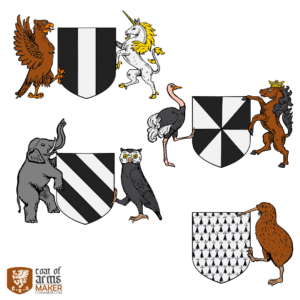 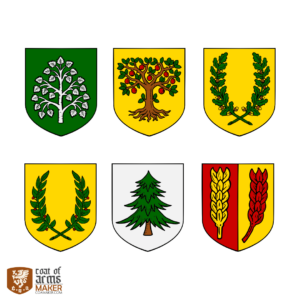 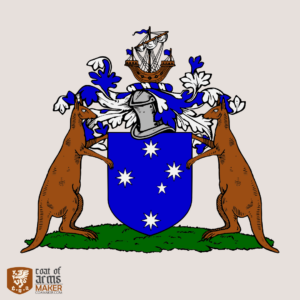 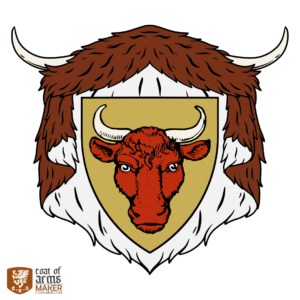 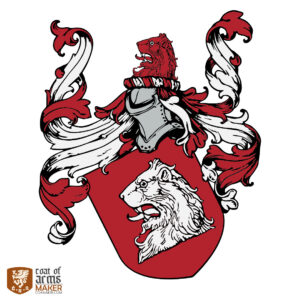 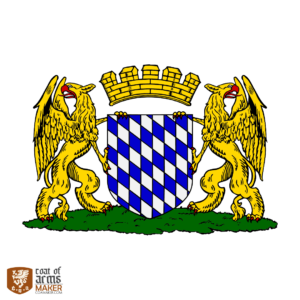 What are the parts of a coat of arms?

We use cookies on our website to give you the most relevant experience by remembering your preferences and repeat visits. By clicking “Accept All”, you consent to the use of ALL the cookies. However, you may visit "Cookie Settings" to provide a controlled consent.
Cookie SettingsAccept All
Manage consent

This website uses cookies to improve your experience while you navigate through the website. Out of these, the cookies that are categorized as necessary are stored on your browser as they are essential for the working of basic functionalities of the website. We also use third-party cookies that help us analyze and understand how you use this website. These cookies will be stored in your browser only with your consent. You also have the option to opt-out of these cookies. But opting out of some of these cookies may affect your browsing experience.
Necessary Always Enabled
Necessary cookies are absolutely essential for the website to function properly. These cookies ensure basic functionalities and security features of the website, anonymously.
Functional
Functional cookies help to perform certain functionalities like sharing the content of the website on social media platforms, collect feedbacks, and other third-party features.
Performance
Performance cookies are used to understand and analyze the key performance indexes of the website which helps in delivering a better user experience for the visitors.
Analytics
Analytical cookies are used to understand how visitors interact with the website. These cookies help provide information on metrics the number of visitors, bounce rate, traffic source, etc.
Advertisement
Advertisement cookies are used to provide visitors with relevant ads and marketing campaigns. These cookies track visitors across websites and collect information to provide customized ads.
Others
Other uncategorized cookies are those that are being analyzed and have not been classified into a category as yet.
SAVE & ACCEPT
Powered by